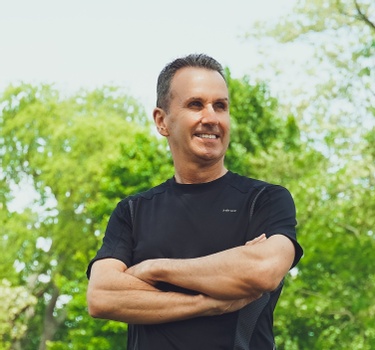 The Limbs of Success

Jeff Brown's unique training in Behavioral Finance (Richard Thayer of UOC earned a Nobel Prize for his research on Behavioral Economics in 2017) led him to connect many of the principles of personal success, successful investing and successful personal finance with similar principles that are found in what are known as the "limbs" of yoga.

(Jeff is no stranger to these principles nor to yoga - he's actually a Certified Yoga Instructor and teaches free public classes during the summer months at area parks throughout the East Bay!)

How significant is the connection between these limbs and personal financial success? He believes that two of the limbs, the Yamas and Niyamas, which directly represent principles of moderation, of truth and contentment truly represent the common thread  to financial success. As such, Jeff believes that his most successful clients are inherently truer to themselves (and their loved ones) and are more objective and pragmatic with life's decisions and decisions that have an impact on their finances.  Further, he believes these clients are generally less impulsive and that they are probably less concerned with appearance or social status than many less successful clients and investors.

In summary, Jeff believes that much of the valuable information about human nature that came out of Richard Thayer’s Nobel Prize-winning research confirmed that we as human beings can be our own worst enemy.  Combined with his training and skills in personal coaching, Jeff also knows that accountability and objectivity are additional factors that are incredibly important to most individual’s long-term financial success and that he as an advisor can help you make better financial and investment decisions and ultimately help you become better prepared for your future.

If you'd like to take your financial success and well-being to a whole new level, contact Jeff today to explore how you might benefit by having Jeff as your personal financial advisor.